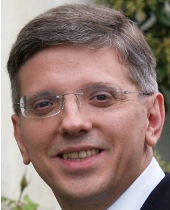 The ETAEARTH project is a transnational collaboration between European countries and the US
setup to optimize the synergy between space-and ground-based data whose scientific potential
for the characterization of extrasolar planets can only be fully exploited when analyzed together.

We will use the HARPS-N spectrograph for 5 years to measure dynamical masses of terrestrial
planet candidates identified by the Kepler mission. With the unique combination of Kepler
photometric and HARPS-N spectroscopic data we will learn for the first time about the physics
of their interiors. Some of these planets will have characteristics (masses, radii) similar to Earth,
and they might be orbiting within the habitable zone of stars much like our Sun.

We will carry out selected experiments in the Kepler field (mass measurements of multiple-planet
systems and circumbinary planets) to probe models of planet formation, orbital migration,
and long-term dynamical evolution.

We will search for planets similar to Earth orbiting a carefully selected sample of nearby bright
solar-type stars, providing suitable candidates for spectroscopic characterization of their atmospheres
with next-generation space observatories.

We will combine Kepler, HARPS-N, and Gaia data products of stars in the Kepler field to underpin
the occurrence rates of terrestrial planets (η⊕) as a function of stellar properties with unprecedented
accuracy.

ETAEARTH will finally provide the first ever quantitative answer to an age-old question of mankind:
'How common are Earth analogs in our Galaxy?'.

Our unique team expertise in observations and modelling of exoplanetary systems will allow us to fully
exploit the potential for breakthrough science intrinsic to this cutting-edge, multi-techniques,
interdisciplinary project, making the best use of data of the highest quality gathered from NASA and ESA
space missions and ground-based instrumentation.


First goal (Planetary Systems Physics Studies), and primary aim, of the ETAEARTH Consortium can be further subdivided into
five scientific objectives for the full exploitation of the synergy between Kepler photometry and HARPS-N spectroscopy:

a) confirm the existence of a planet similar to Earth (in composition) in the habitable zone
of a G5V star or later, with a precisionof 30% in mass;

b) characterize the structural properties of Earth-like planets of 2-5 M⊕ (‘super-Earths’) in
various orbits with enough precision to distinguish between water-rich and dry planets;

c) characterize the transition between super-Earths and Ice Giants (hot Neptunes, for example)
near 10 M⊕, with a precision of 5% in mass, or better;

d) study the dependence of Super-Earth planets interior properties as a function of stellar mass,
combining Kepler photometry and HARPS-Nspectroscopy of transiting candidates around
late-type stars;

e) provide a leap forward in the theoretical understanding of structural properties of planets in a
mass range (2-10 M⊕) not seen in our Solar System.

a) We will determine the degree of spin-orbit misalignment angles for ‘ice giants’ (Neptunes) through
measurements of the Rossiter-McLaughlin effect (e.g., Winn 2011, and references therein) during
primary transit observations.

b) We will provide mass measurements for i) multiple-planet systems containing super-Earths
and Neptunes where the transit timing variation technique (TTV, Holman & Murray 2005) and for
ii) circumbinary planets

Third goal (Discovery and Characterization of Earth Analogs around Nearby Stars): to discover planets as close as possible in
characteristics to Earth (even in multiple-planet systems).

Fourth goal (Planetary Systems Properties in the Kepler Field): The fourth aim of our project is to combine the exquisite
Kepler photometry, the ultra-high-precision ground-based HARPS-N spectroscopy, and the extremely accurate space-based
Gaia parallaxes in a grand, global statistical analysis of planetary systems in the Kepler field.

Fifth goal (Stellar Parameters Determination): We will combine the spectroscopic information from the HARPS-N spectra
(effective temperature, surface gravity,metallicity) with the photometric information on the stellar density from the Kepler data to
determine, using the methodology outlined in Sozzetti et al. (2007) and cross-correlation with large grids of stellar
evolutionary tracks, the fundamental physical parameters of the host stars evolutionary age, mass, radius).

Sixth goal (Stellar Activity Studies): We will analyze individual stellar spectra to measure activity levels in each observation
and assess stellar variability levels of each host star by verifying the consistency between photometric (Kepler data) and spectroscopic
(HARPS-N data) variability. Stellar activity is in fact the first source of astrophysical noise for planet detection with the Doppler method,
and by carefully gaugingits impact on the quality of the radial velocities derived from the HARPS-N spectra we will learn how to calibrate
this effect out by modifying our observing strategies or we will optimize the down-selection of the most favorable targets.

Seventh goal (Data Access, Analysis, and Interpretation Tools): We will define and implement an adaptive observing strategy
for radial velocity measurements with HARPS-N, taking into account scheduling constraints which are environmental in nature
(e.g., weather, target observability) and due to the targets themselves (stellar activity, planets orbital properties and expected RV signals).
We will create and maintain the science archive, with database containing data products from the three techniques of photometry,
spectroscopy, and astrometry. Finally, we will design and implement an integrated web-based tool for Kepler, HARPS-N andGaia data
products access, combined visualization, analysis and interpretation.

Eighth goal (Dissemination and Communication of Results): The legacy of the data access, analysis, and interpretation tools, and
theoretical modelling results we will make available (partly in the form of look-up tables for related science fields) will outlive the duration
of the project. Furthermore, rarely is a science program so well positioned as ours to inform the interests and perspectives of the public.